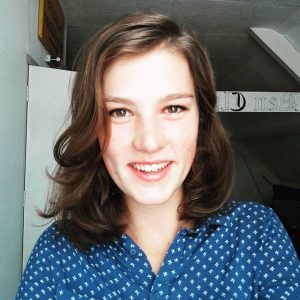 In the fourth report, Joske Meeuwsen, a working student, tells about the fact that twilight lectures makes working in supermarkets impossible.

My name is Joske and I am in my second year of the bachelor Food Technology. Next to studying in Wageningen, I am also a member of the rowing association Argo and I have a job at a local supermarket in Wageningen. I chose to have a part time job because of two reasons. The first reason is that I am just used to having a job. It is nice to do something totally different a few hours a week. However, the most important reason is the money, of course. I am lucky because I still receive the basic grant for Dutch students. This is because I have studied a year in Rotterdam before I came here and in that year the old rules applied. However, the current students aren’t that lucky. They have to pay for everything themselves. After this year my financial aid also stops. From then on I will really need my salary to be able to save some money. Saving money is not a bad thing with the high debt that we definitely will have after finishing our studies nowadays. 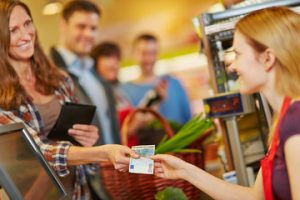 I always start working at 5 o’ clock in the afternoon. Already this causes some problems now and then. However, my lectures are always recorded so I can miss the last bit. Also, it is not really a problem if I am a bit later due to practicals if I have called to let my bosses know. This will change if I have lectures up until 7 in the evening. Starting after 7 is not an option at the supermarket, as we’re only open until 8 o’ clock. On Thursdays and Fridays we are open until 9, but even than there are no shifts starting at 7. The only option left would be working on the weekends. This would mean that I’d have to go to my parents every weekend to be able to see them and work there. Or I would have to stay in Wageningen every weekend to work here. If I would not be able to work in the weekend, even for one time a month, I would miss a fourth of my salary. This is more than I am able to miss.

Because my study contains a lot of practicals, I often know my schedule only one week, sometimes even one day, before the period starts. This is due to the group divisions that are made this late, even though we sign up for courses at least a month before the course starts. I can understand that there should be some room for people that sign up last minute, however I do not understand why this would be a problem. You can just put those people together in a group, and make the division for the others much earlier. My work schedule is made 3 weeks beforehand and with this system, I am not able to communicate my university schedule in time if I had twilight lectures. Therefore, I would definitely not be able to work on weekdays anymore. Briefly said, twilight lectures would make it very complicated to earn money next to studying. This, in combination with stopping the financial aid for students, is not acceptable in my opinion.

side notes: Students are increasing by the removal of the basic grant: https://punt.avans.nl/2017/03/studieschuld-loopt-op-naar-bijna-18-miljard-euro-dat-zijn-7-miljard-biertjes/

Most students earn their money via a store: https://www.cbs.nl/nl-nl/achtergrond/2014/07/student-verdient-het-vaakst-bij-in-horeca-of-winkel