The chairman of Thymos explains

In the first report, Filip Hendricks, chairman of Thymos, tells about the fact that twilight lectures make having sports for everybody impossible. 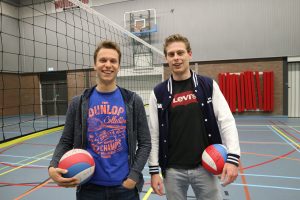 The widening of the timetable will limit the optimal use of sports facilities on the campus. Many sports clubs need the evenings to organise their training. The 2nd sports hall has been built as an extension during the summer of 2016. This has resulted in significantly more capacity, yet it is almost full every night. This is because almost all trainings of student sports associations have moved from the halls where citizens and secondary school pupils to the Bongerd. The Bongerd and SWU Thymos experiences sometimes have difficulties to provide everyone with enough space, time and trainers.

By expanding the schedule, the Bongerd will experience even more capacity problems because the same number of sports clubs must be accommodated in a shorter period of time. These problems only grow if the student numbers grow so fast, and by the twilight schedule, they are increasingly expanded to the late hours. From Monday to Thursday there are many associations who start their training between 17.00 and 19.00, both in the sports halls and in the sports fields. Some examples include basketball, tennis, lacrosse (outdoor) and volleyball, badminton, boxing and basketball (inside). Associations that train elsewhere also suffer from this measure, for example, the Argo rowers who train on the Rhine, the skaters (train in Nijmegen), the climbers (train in Arnhem or Nijmegen) and the cyclists who race in the surroundings of Wageningen. 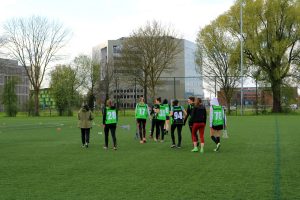 In addition to the training of student sports associations, the lessons and courses of the Bongerd should also be postponed. In some cases, they also start between 17.00 and 19.00. In short, shifting the schedule by 1 or 1.5 hours would mean that pieces of training, classes and courses last until very late. Students can not rest sufficiently after the training and have to start early with their study program. In addition, SWU Thymos would have to hand in hours for the internal competitions, an important part of student sports in Wageningen. The problems of twilight lectures are not easily fixed because evenings are not endless and trainers have fixed contracts. The overall sports roster is far from ideal, both for students and for teachers. Therefore SWU Thymos advocates for maintaining the current sports schedule and different structural solution from the University. 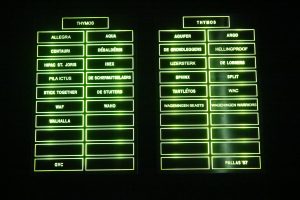 SWU Thymos is the sports foundation of Wageningen University and acts as an advocate for all sports students. The aim of the foundation is to encourage students to exercise and move as much as possible; This is done through the umbrella of all student sports associations and the organisation of various events.